If you didn’t get to Early Vote, please make sure to do so tomorrow on Election Day, Tuesday November 5th. Polls are open 7 a.m.-7 p.m.
The TARA Houston and Dallas chapters meet on Wednesday, November 6, 2019. If you live in these areas, you will receive a separate email about the meetings.
TARA PRESIDENT JOINS HISTORIC SOLIDARITY WITHOUT BORDERS EVENT
TARA President Tony Padilla joined national AFL-CIO Secretary Treasurer Liz Shuler, Texas AFL-CIO President Rick Levy and Secretary Treasurer Montserrat Garibay and leaders of a number of labor unions for the Solidarity Without Borders event. This was a historic international show of support for the immigrant community. He made these remarks at the event.
“My name is Anthony (Tony) Padilla. I am the President of the Texas Alliance for Retired Americans. I am here today with a delegation of AFL-CIO unions to stand in support of an immigrant community that has faced bigotry and other hardships.
In this Solidarity-Without Borders, this labor delegation is meeting with victims of injustices in El Paso and Ciudad Juárez.
We are here to let them know they are not alone and we will do all that we can to depart from injustices and inequalities resulting from white supremacy and broken immigration policies and discrimination.

I am a man of faith and I am driven to be an activist to fight to give comfort and be of help where there is grieving, discouragement, hunger and tired people so that I can give consolation and be a help and bring good news for the needy and to the displaced and division of children from their families.

When Jesus says that I am to “love my neighbor as myself,” I see a faith that is bigger than my neighborhood, home or even my country. I see beyond tradition, beyond borders of America and beyond the color of our skin. “God so loved the world,” he gave his only Son for our iniquities.

I stand with my people now in bondage.

My faith is the way I love as I see the least of these—I see migrants and the undocumented and the uninsured. I see transgender teenagers and black people murdered on their couches and children separated from their parents and terminally ill people asking for food and healthcare.

When he says that “God so loved the world,” I see beyond the borders of America, outside of my faith tradition, and well past the comforts of my race.

1) Instead of diverting congressionally authorized funds to build a wall between the United States and Mexico (like the Great Wall of China which failed or like the Berlin Wall which also failed), the Trump Administration should direct taxpayer dollars toward increasing the number of immigration judges to hear the large backlog of cases of immigrants that are seeking refuge and asylum in the US from oppression in other countries.

3) Brothers & Sisters of our modern labor movement, I ask you to join the great cause for Solidarity Without Borders. I ask each and every one of you to answer the call for help of our brothers, sisters & their children that are seeking freedom from oppression. To truly help them now, we need to unite and do the following: 1) double or triple our efforts to increase the voter turnout in the upcoming national election in 2020. 2) Encourage all voters to vote the current majority in the US Senate and the Texas Legislature out of office and vote for a new wave of leadership that will stop ignoring the calls for help from those seeking freedom from oppression.” 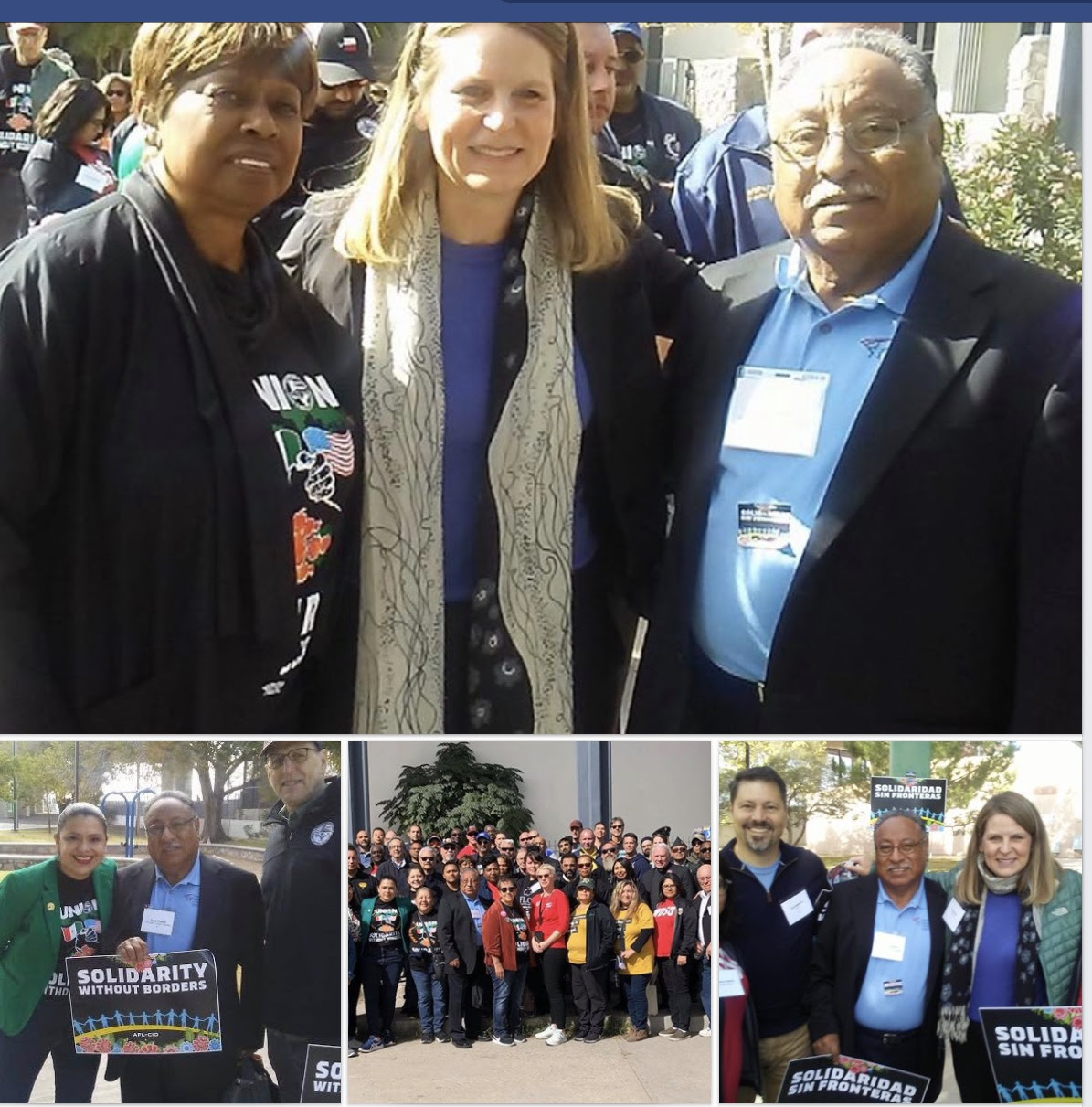 RETIREES WORK TO ENSURE COMPLETE CENSUS COUNT!
TARA Executive Board member Elaine Jones is representing the Coastal Bend chapter and all retirees as she works with the Nueces Together Complete Count Committee. This countywide  group is made up of representatives from a broad spectrum of government and community leaders to help educate and motivate residents to participate in the 2020 Census. The group will insure that all residents are counted in the Census. She recently participated in an action at the Dia De Los Muertos Street Festival in Corpus Christi. 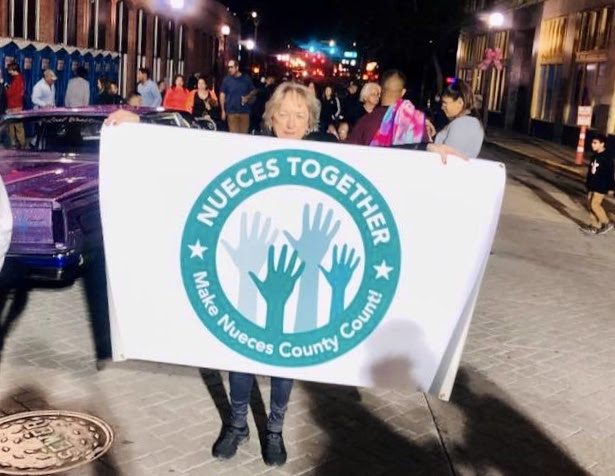