Retirees Can Help Win the Strike

Our union brothers and sisters of the UAW have been on strike for a week now and TARA President Tony Padilla urges our members to support the strike in whatever way possible. Please see below some ways you can help.

TARA Activists, please see the Action Needed article below and urge your US House member to vote for H.R. 3.

TARA members include both union and community retirees who support our UAW brothers and sisters.

HOW TO HELP WIN AT GENERAL MOTORS!

The UAW national has a letter-writing campaign at http://uaw.org/action. Anybody who signs up will be sharing their contact info with UAW.

In an unusual move, UAW 276 is allowing volunteers to come picket with the strikers. Anybody can go to 2505 W.E. Roberts in Grand Prairie and sign up as a volunteer. Then they put volunteers on shuttles and take them to the gates for as long as they will stay.

The Coastal Bend TARA Chapter recently heard Letty Ochoa from the Area Agency on Aging of the Coastal Bend, Coastal Bend Aging and Disability Center.  She shared a riveting presentation which included information on a Medicare clinic in October, FAQ about Transfer on Death Deed, protecting seniors from health care fraud in community settings, genetic testing fraud and touched on other topics. Several of the attendees plan on seeking help from this agency. 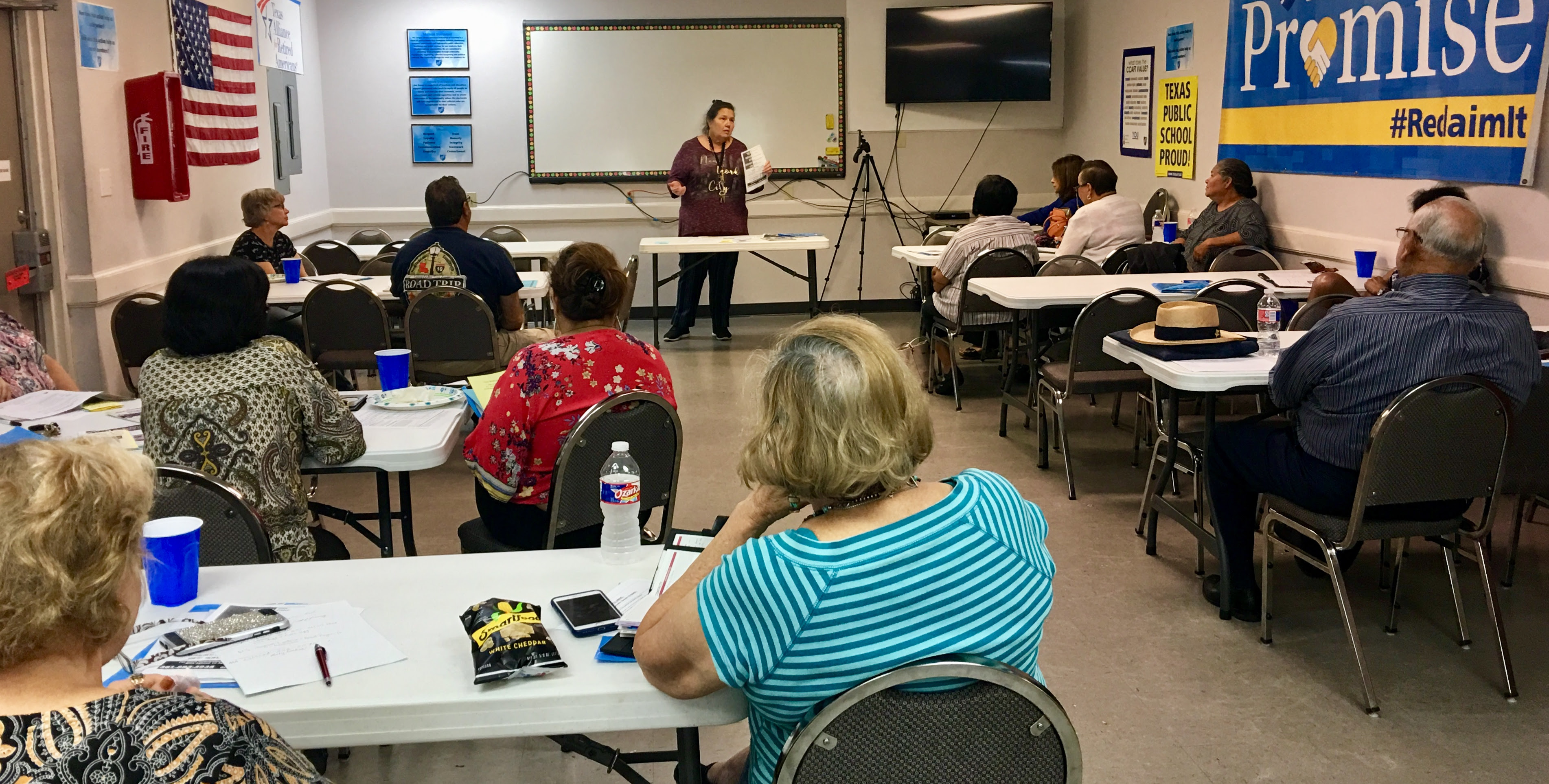 TARA Austin Secretary and activist Jan Lance recently spoke at the first public hearing of the Committee on Redistricting which was held in a packed Capitol room, with an overflow crowd filling another room. Jan described senior citizens and retirees as a community of interest who share common issues, such as transportation and affordable housing. She pointed out to the committee that the day to day experience of these issues is very different in an urban area such as Austin and the rural areas that dominate her gerrymandered congressional district. She told the committee that seniors in Austin deserve representatives who understand their locally specific issues and that dividing Austin into six congressional districts dilutes the voice and the vote of seniors who live there.