The Fort Worth and Austin TARA chapters meet this week. If you live in these areas you will receive a separate email about the meetings.

TARA President and TSEU member Tony Padilla spoke at the Austin rally in support of pension and pay increases for state employees. He was joined by TARA activist Chris Cruz. Padilla said, “I first want to thank you for attending this important rally to call on elected officials to support emergency funding to provide state workers with pay raises and stabilize the Employees Retirement System (ERS).  We already have 55 elected officials who have written a letter to the LBB in support.  We are here to call on the 10 members of the Texas Legislative Budget Board (LBB) to take action to authorize emergency funding in support of TSEU to get pension and pay increases. For 5 years workers have NOT gotten a pay increase and further it has been 18 years since retirees have gotten a pension increase.  It is time for the LBB to make these increases possible.  State employees  are underpaid and overworked and many do not stay because the low wages makes it impossible to raise a family in dignity.” 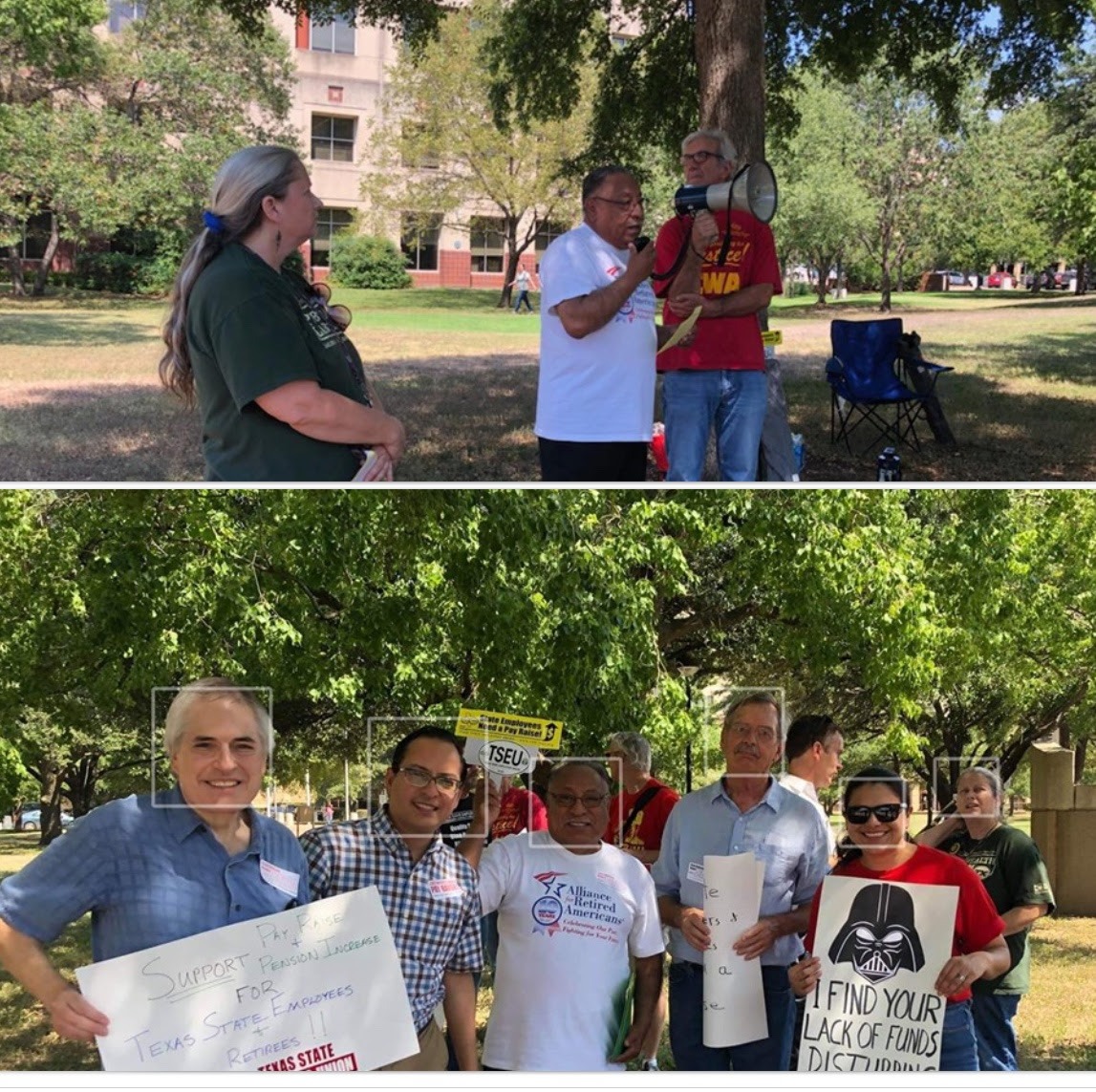 Thanks to  Dallas TARA Activists Mary Stretcher, Ken Stretcher, Patricia Murphy, Charlotte Connelly and Louise Calvillo who joined Field Organizer Judy Bryant and Secretary Gene Lantz, along with Texas State Employees Union members, to say that Texas needs to increase the salaries of our state workers and shore up their ERS pension fund!  State Rep./TSEU and TARA member Terry Meza spoke to say that she fought for them during the session and would continue to do so! Bryant told the group that TARA was in solidarity with them and that members were joining their Austin and Houston rallies. TSEU Organizing Coordinator Joe Montemayor thanked everyone for coming before having a group photo taken by the Dallas Morning News reporter who came.

ALL SHOULD SEE “RIGGED: THE VOTER SUPPRESSION PLAYBOOK”

TARA Field Organizer Judy Bryant and activists Patricia Murphy and Julie Britton attended the special showing of the movie “Rigged: The Voter Suppression Playbook”. Clean Elections Texas presented the film which chronicles how our right to vote is being undercut by a decade of dirty tricks. It captures real-time voter purges in North Carolina and voter intimidation in Texas. TARA was a co-sponsor of the sold out event.

Those who saw “Rigged” agreed that everyone, no matter your party affiliation, should see this movie. If you have Prime Amazon, you can watch the “Rigged” movie online in its entirety.
https://www.amazon.com/Rigged-Suppression-Playbook-Jeffrey-Wright/dp/B07P9D9TK6 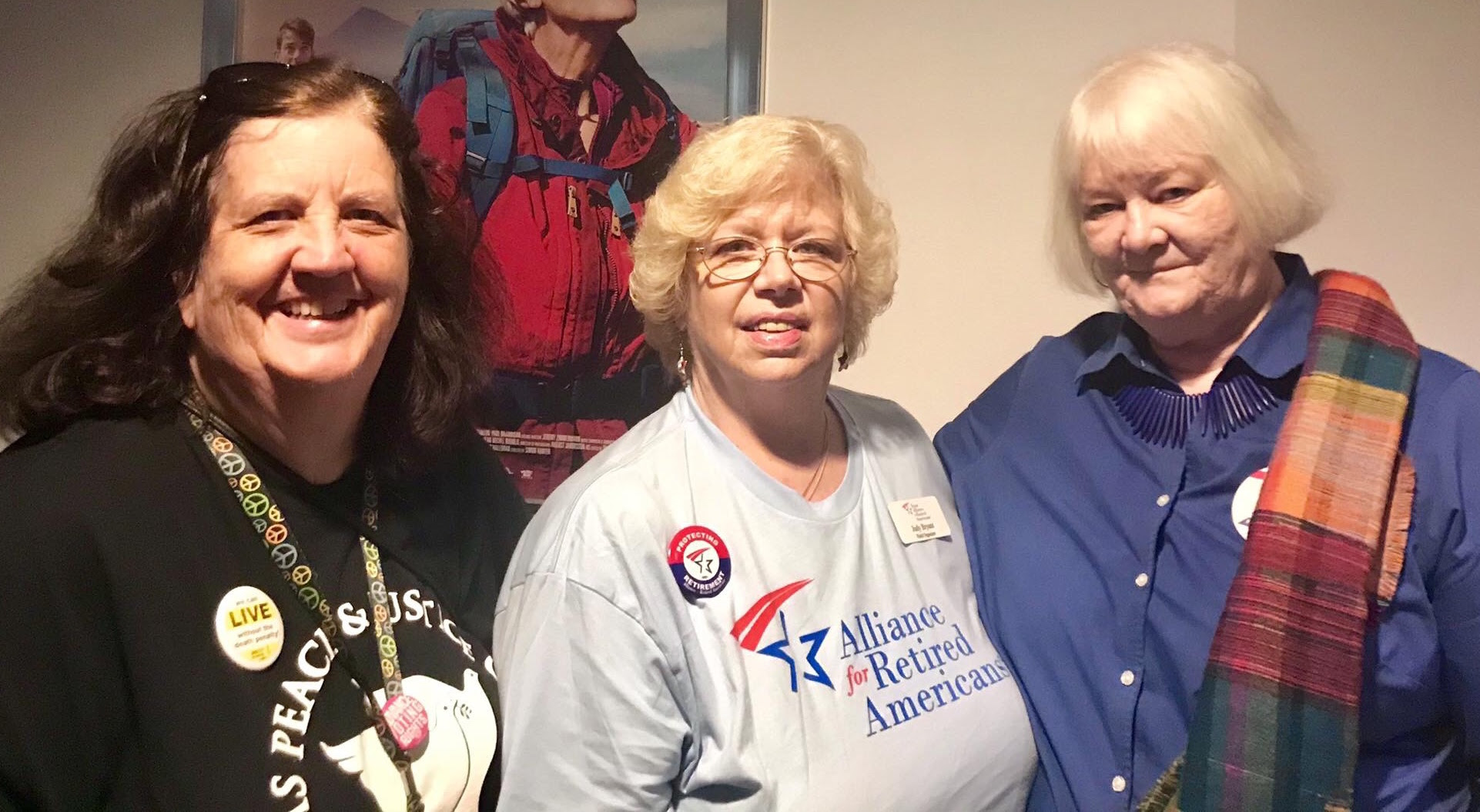