This week the Houston, Dallas and Coastal Bend TARA chapters meet to celebrate Medicare and Social Security Birthdays. If you live in these areas, you have received a separate email with meeting details.

On July 27, 2019, Javier Zuniga Garcia, President of the Miners Union of Mexico, spoke of “solidarity and of hope” to the convention delegates  He shared that the USW, United Steelworkers Union, traveled to Mexico in support of continuing  to solidify members of the Miners union.  President Garcia of Los Mineros, told the Texas AFL-CIO Convention. “Faith  does not have borders. Faith cannot be divided by a wall or a river or anything.”

TARA President Tony Padilla shared with the Miners that a railroad delegation had traveled to Mexico several years ago when the Mexican Government stole the Railroad Pensions from the workers when they privatized the railroads in Mexico.  Tony testified in the Mexican Congressional Committee of Transportation in Mexico City, pleading to restore the pensions, but the Mexican Government ignored his plea on behalf of the Rail Workers in Mexico.  The United Steel Workers Union represents the Miners in Mexico and are organized by Ruben Garza, District 13 USW Director. Andy Rosas is the TARA Executive Board Member who represents SOAR, the Retired Steelworkers. 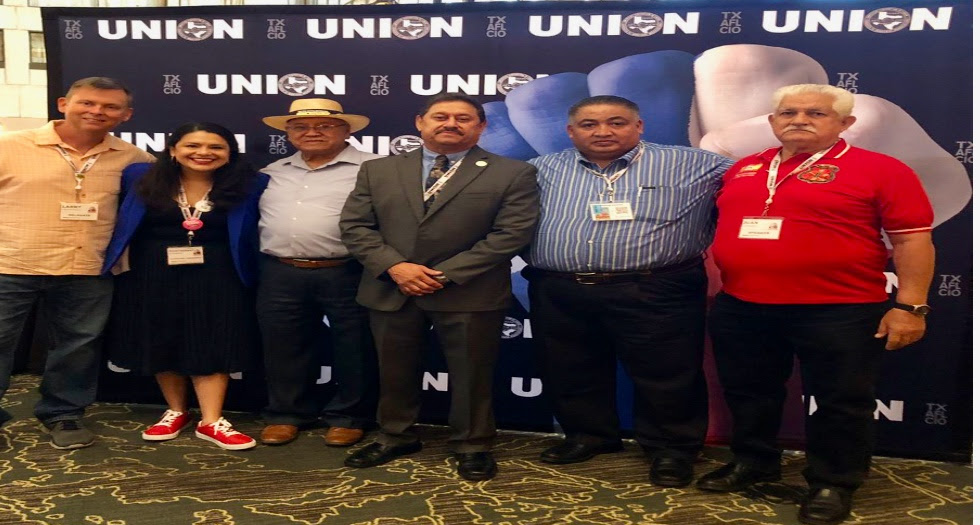