At their recent chapter meeting, Dallas TARA Activist Kenneth Williams made a presentation about the reasons behind the recent Shutdown. He shared that the insistence that it was about a wall was not the real story. You can read his full explanation at this link.  https://www.facebook.com/notes/kenneth-williams/the-meaning-of-the-trump-shutdown/594982047608200. There is a bipartisan committee working to agree on a proposal which meets Presidential approval to avoid another possible shutdown this Friday.

Field Organizer Judy Bryant shared a number of new ARA Fact Sheets on Social Security, Medicare, Pensions and Prescription Drugs In NAFTA 2.0 with members. They met in groups to discuss Constituent visits with five area Congressmen during the upcoming President’s Day Recess. TARA activists will also lobby their Texas legislators on senior issues on March 11 with Texas AFT and March 12 with the Senior Source.

TARA Field Organizer Judy Bryant and Activist Eddie Morgan attended the first Town Hall Meeting of ARA Endorsed, new District 32 Congressman Colin Allred. Dallas County Judge Clay Jenkins moderated the event and asked the questions of Cong. Allred which were submitted by participants. Bryant’s question, submitted when she registered online for the event, was the very first one answered. She asked what the Congressman would do about the constant attacks on earned benefits of seniors and retirees such as Social Security and Medicare. Cong. Allred said he would fight to make sure that there were absolutely no cuts to any of these programs to provide funding for tax cuts and other things. He said it was wrong to try to do this to people who worked all their lives to secure these benefits. Judy Bryant was briefly interviewed after the meeting by NBC Channel 5. While the reporter didn’t share her TARA position and statement, a comment she shared is in the video below. Thanks Cong. Colin Allred for a great start to your service in Congress!

NBCDFW.COM
Allred Still Hopeful for Deal as Another Shutdown Looms
While meeting with constituents at a town hall on the campus of Richland College Sunday, freshman Democratic Congressman Colin Allred said he is optimistic another shutdown can be avoided.
Medicare Drug Price Negotiation Bill Reintroduced in House 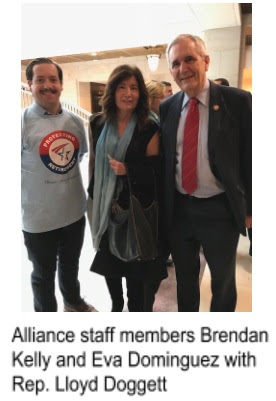 TARA Note-Congressman Doggett is one of our Texas ARA Heroes who always has a 100% voting record on retiree issues.

On Thursday, Rep. Lloyd Doggett (D-TX) announced the reintroduction of the Medicare Negotiation and Competitive Licensing Act, H.R. 1046, in the House of Representatives. The bill would empower the Secretary of Health and Human Services to negotiate prescription drug prices under Medicare Part D. Senators Sherrod Brown (D-OH) and Amy Klobuchar (D-MN) are championing a similar bill, S. 377, in the Senate. 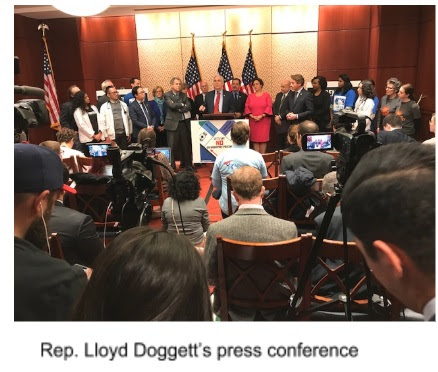 “Retirees cannot wait any longer for aggressive action to address exorbitant prescription drug prices. Congressman Doggett’s is one of several measures that would help to ensure that Americans don’t have to choose between financial security and their life-saving medicine,” said Robert Roach, Jr., President of the Alliance. “Congress must listen to the people and pass legislation to lower prescription drug prices now.”